Bird by Will Ryman 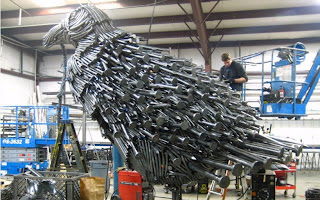 via designboom
From now until March 24th, the 515 W 27th Street space in NYC boasts Will Ryman’s monumental sculpture ‘Bird,’ inspired by Edgar Allen Poe's poem, ‘The Raven.’
See more images of it here.
Posted by RGBisMe at 7:53 AM No comments:

In case you missed it, read the “Wonder if it’s Vegan?” post at the Bacon is Not an Herb blog here. I ever so vaguely recall that my older brother had Sea Monkeys for a while in the mid-1960s. I was probably under 5 years old at the time and only remember that I wasn’t allowed to touch the bowl.
Posted by RGBisMe at 10:00 AM No comments:

One of the perks of where I work is that on break I can read copies of one of the local free publications, The Ad Bargain. I particularly like scanning for typos that are not caught by any “Spell Check” function, and are obviously not proofread all that carefully for content. Other than adding the yellow highlight, the above example has not been manipulated in Photoshop.
Posted by RGBisMe at 10:01 AM No comments:

I had an instructor at the Art Institute of Pittsburgh that despised the use of Pink Pearl erasers. If he caught anyone using one in his class, he would snatch it off of their desk and throw it across the classroom. He was an evangelist of kneaded erasers, and hated the dreaded “pink streak” that Pink Pearls are notorious for leaving behind in their wake of pink crumbles. But it wasn’t until recently that I discovered that there are White Pearl erasers — no more pink streaks [I think]! I wonder if a former student of his invented this version . . .
Posted by RGBisMe at 8:44 PM No comments: 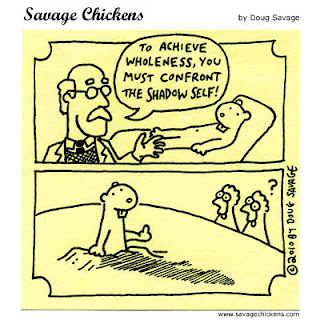 Posted by RGBisMe at 7:54 AM No comments: