via Penn State Daily Newswire
“What do Moby Dick, the Salem witch trials and alien abductions all have in common? They all circle back to sleep paralysis. Less than 8 percent of the general population experiences sleep paralysis, but it is more frequent in two groups -- students and psychiatric patients -- according to a new study by psychologists at Penn State and the University of Pennsylvania. Sleep paralysis is defined as "a discrete period of time during which voluntary muscle movement is inhibited, yet ocular and respiratory movements are intact," the researchers state in the current issue of Sleep Medicine Reviews. Hallucinations may also be present in these transitions to or from sleep...”
Read the full story on Live.

Image of the Day: Autumnal Pool 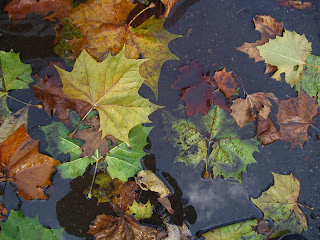