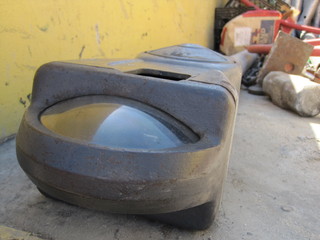 via dna.infp
“As the crew from the Department of Transportation surrounded the street in front of meter No. 101-0655 with orange cones, the end of an era was drawing nearer. A few minutes later DOT worker Dennis Weber pulled the mechanical innards out from the single-space meter on Frederick Douglass Boulevard between 125th and 126th streets. Next came the jackhammer as his partner Kemraj Bowani worked his way around the base of the metal pole holding the 80 pound meter in place. Twenty minutes later it was all over. Guy Agostino hoisted the last working parking meter in Manhattan into the back of a DOT truck…”
Read the rest here, more at npr, and the Gothamist. Interestingly, in the New York Times, it noted that the parking meter made its Manhattan debut on Sept. 19, 1951, at a formal ceremony in Harlem that attracted the boxer Sugar Ray Robinson.

Posted by RGBisMe at 8:21 PM No comments: 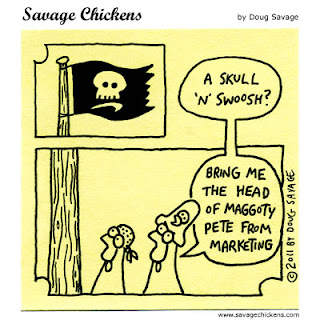 via savage chickens
Posted by RGBisMe at 7:51 AM No comments:

Image of the Day: Omar

Posted by RGBisMe at 6:55 AM No comments:

Email ThisBlogThis!Share to TwitterShare to FacebookShare to Pinterest
Labels: bellefonte, image of the day, omar, window

And, The 27th Letter of the Alphabet 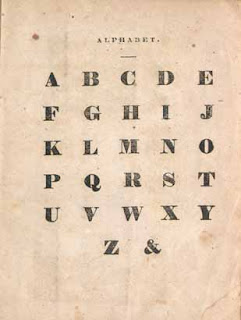 via Now I Know
“There are 26 letters to the English alphabet, with two of the letters — ‘A’ and ‘I’ — themselves also constituting words. But as seen to the right, another character — the ampersand (&) — also, at times, was included among the current 26. And amazingly, the word ‘ampersand’ is probably a byproduct of the symbol’s inclusion. The picture here is from a 1863 book called ‘The Dixie Primer, For The Little Folks,’ — a book which like many around even today, aimed at teaching children their ABCs and some basic words and phonics. Notably, the ampersand is included in the alphabet, just next to the Z and ending the entire set. While not necessarily the standard usage, it was not terribly uncommon either to include the ampersand here — it had been there for centuries…”
Read the rest here.