via shady characters
“Ironics notwithstanding, the irony mark lay dormant for much of the latter part of the 20th century. As had been the case with many other previously obscure marks of punctuation, however, the click-to-publish ease of the web well and truly rescusitated its fortunes: more new irony marks appeared in the decade from 2001 to 2010 than in any period before. Ironically enough, the first digital irony mark was not intended to punctuate irony in a general sense but instead its laser-guided offspring, sarcasm…”
Read the rest here. 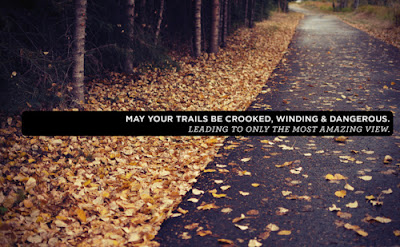 via how
“Looking for some visual and mental inspiration? Check out 365Q from Canadian photographer and designer Julian Bialowas, who paired an inspirational quote with one of her images every day for a year...”