The Alamo was about Slavery 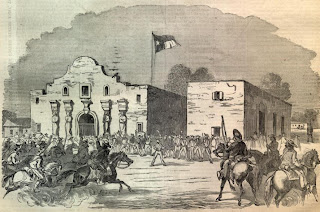 via delanceyplace
“In today’s excerpt from Delancey Place — as David Crockett entered into sparsely-populated Texas from Tennessee in 1836 hoping for riches from new land grants but unwittingly headed for martyrdom at the Alamo, white settlers there were chafing at the Mexican laws that prohibited slavery. While the causes of the Texas War for Independence were many, the principal cause was this prohibition of slavery. And of the ‘holy trinity’ of heroes at the Alamo — William Barrett Travis, James Bowie, and ‘Davy’ Crockett — both Travis and Bowie were land speculators and slave traders:

“Like many others making the same journey at the time, Crockett understood what he faced once he crossed the Red River into Texas and left the United States. He had to have been aware that, in the weeks before he departed, the animosity had increased between the government of Mexico and the American settlers, called Texians, in the Mexican state of Coahuila y Tejas, The white colonists were becoming increasingly tired of living under Mexican rule, and they headed for war with hopes of forming their own separate republic. Many of these Anglos were illegal immigrants and did not abide by Mexican law. All citizens were required to join the Catholic Church, accept the language and laws of the governing country, and, by the late 1820s, observe the ban on the enslavement of human beings…”
Read the rest here. 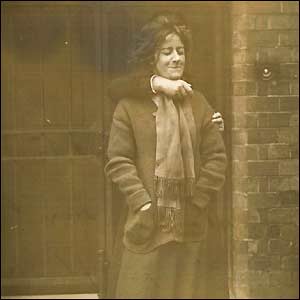 via retronaut
“In 1912, Scotland Yard detectives bought their first camera, to covertly photograph suffragettes. The pictures were compiled into ID sheets for officers on the ground. 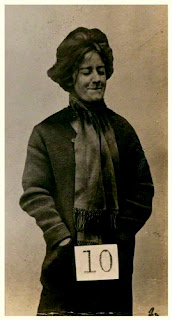 When Evelyn Manesta, one of the Manchester suffragettes, refused to pose for a picture, a guard was brought in to restrain her in front of the camera. But when the photograph of Evelyn Manesta appeared, the arm had been removed. The photographer had acted on official instructions to doctor the photograph so that it would be less controversial...”

Images © National Portrait Gallery, London. Read the BBC article here. More images from the BBC can be found here.
Posted by RGBisMe at 7:13 AM No comments: 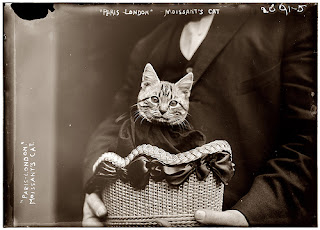 via BlackandWTF
“In 1910, on the first airplane flight across the English Channel to carry a passenger, American aviator John Moisant flew from Paris to London accompanied by both his mechanic and his cat, named either Mademoiselle Fifi or Paree, depending on which newspaper you believe…”
Visit the link here.
Posted by RGBisMe at 7:02 AM No comments: 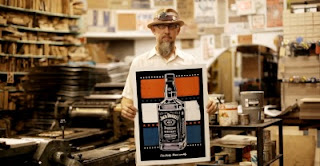 via printeresting
Watch a video of Yee-Haw Industries making letterpress prints for their Tennessee pals Jack Daniels.
The video can be found here. I’m not a whiskey fan, but it is fascinating watching the carving of the plates, much like a stamp for a letterbox.
Posted by RGBisMe at 5:00 AM No comments: