“The late 19th century saw a rise in spiritualism in the United States and the world. Indeed, even Mrs. Abraham Lincoln was convinced that ghosts and spirits existed and this, in part, fueled others in similar beliefs. Photography at the time was still rather unaccessible and misunderstood by the ordinary citizen, their images usually taken by photographers in studios. Enter the dishonest photographer to the popular spiritual seance scene, and an opportunity for a past buck appeared. These unscrupulous photographers would bring a person into their ‘spiritual studio’ and a ‘mock’ seance was performed. Of course, when the photo was taken, the victim paid the money and instructed to come back the next day to see ‘what may have materialized.’” 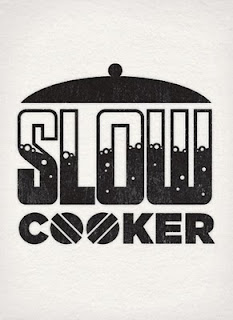 A series focused on the lively cast of characters whose roles make the play of Creativity were recently posted. Meet:

The Slow Cooker: “There is always a rush to make things—a desire for the instant gratification that creating can bring. This will likely always be the case, as our world dialogue spins around ‘attention spans shrinking’ and the ‘cost of entry lessening.’ But what if the fast and furious way of making was coupled with a slow and gradual path?”

Read the rest of The Slow Cooker here, and others in the series here.