Earworm of the Day: Helplessly Hoping 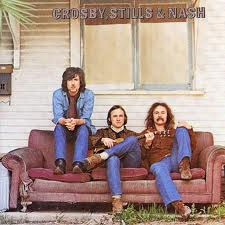 Find the lyrics here, listen to it here, and see a live version here. Heard on the radio on the commute to work, this makes me smile.
Posted by RGBisMe at 8:03 AM No comments:

Email ThisBlogThis!Share to TwitterShare to FacebookShare to Pinterest
Labels: csn, earworm of the day, helplessly hoping 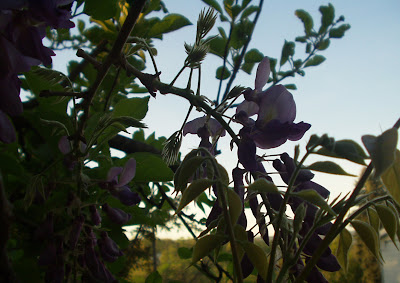 Posted by RGBisMe at 6:46 AM No comments:

Email ThisBlogThis!Share to TwitterShare to FacebookShare to Pinterest
Labels: image of the day, wisteria 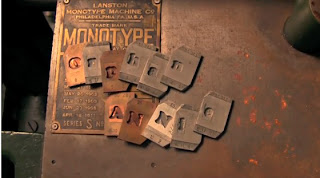 via kickstarter
“Our Orphan Annie isn’t a cute redhead who sings. She’s a big, old cast-iron Monotype Sorts Caster who clicks more than sings, but isn’t doing either at the moment. We want to change that—and we need your help. Orphan Annie was part of the type foundry of the late C. Christopher Stern. Chris inspired many in the letterpress community with his brilliant printing, use of typography and enthusiasm for the craft of hot metal type casting. We’ve moved the foundry to Portland, Oregon and are now in the process of restoring it to working order. In early 2011, we’ll be opening the foundry as a working museum with public programs designed to preserve the craft of casting type, educate, and inspire creativity for a new generation of printers and thing-makers. The Orphan Annie is one of the foundry machines we want to revive.

Our Kickstarter project is to restore the Orphan Annie, record the process, and get her back in the business of casting metal type. We’ll use the money we raise to fund restoration materials and a public space for this industrial machine. We have volunteers to restore and make Orphan Annie sing again, but we also need to ensure she has a stable home and won’t be kicked out into the street. The typeface we’ll cast with her during the inaugural run will be Stern–the typeface created by the legendary typographer Jim Rimmer in honor of Chris Stern (and documented in the Kickstarter-funded film Making Faces). We'll be casting from Jim's original matrices, which he bequeathed to the Type Foundry in 2010. After that, we hope for many tomorrows filled with creative letterpress printing adventures with Orphan Annie and her metal type.”
Find out more here.

via creativepro
“Electricity once had a perky little mascot, Reddy Kilowatt, with a light bulb nose, plugs for ears, and a body made of lightning bolts…There was even a Reddy Kilowatt typeface!”
Read the rest here.

And you can learn about Willie Wirehand and his 50th anniversary as the electric cooperative spokes-character here.

Inverted Art Made with Spools of Thread 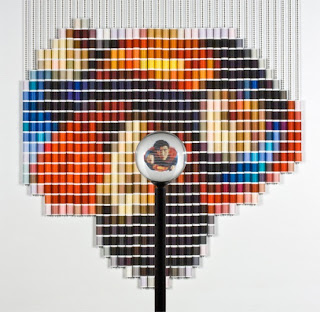 via a friend
“Devorah Sperber is showing some fantastic works…What Sperber does is take multi-colored spools of thread and arranges them in a way so that they appear like pixels. Taken as a whole, the spools look like a hot mess, in other words, like your grandma went crazy and glue gunned her thread collection on a wall. Look through a viewing sphere (a small, transparent ball) that's conveniently placed in front of the piece, however, and get ready to be amazed. As Brooklyn Museum states, ‘Sperber deconstructs familiar images so that the brain can reconstruct them. Her framed crystal reproductions similarly address the way we think we see versus the way the brain processes visual information.’”
Read and see more here. 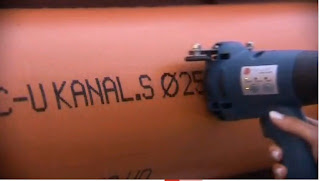 via printeresting
“If you can look past the cheesy corporate infomercialness of the youtube promo video, this handheld printer from EBS Ink-Jet Systems has crazy potential. It’s 2011, street artists. Hand-written tagging is so last decade! Around 2:35, the video clearly demonstrates how ridiculous hand-stenciling is so it’s time to toss away your spray cans and get with the program. The future is here…”
Watch it here.

via Nathan Kensinger Photography
“There are many strange things in the Blood Root Valley. There is the half-abandoned tuberculosis hospital. There is a 260-foot mountain made by Robert Moses. And there is Pouch Camp, a hidden 143-acre oasis with a 68-year-old lake, mountain ponds, rustic cabins and 55 lean-tos. For over 60 years, Pouch Camp has been a secret haven for New York City's boy scouts. Each year, thousands of scouts learn to swim and camp within the boundaries this vast idyllic refuge. Located in the heart of Staten Island, Pouch Camp is so large it even has its own private island, which is difficult to reconcile with the fact that the camp is situated inside the most populous city in the United States. Located just 10 miles from Wall Street, Pouch Camp has somehow remained largely anonymous…”
Read the rest here.

via Nina Paley’s Mimi and Eunice

“There’s lots of insanely bad behavior online, but even more insanely good behavior. In particular, the gushing praise and encouragement people offer just about any creative effort posted online. Yes, there are trolls and savage critics, but far more people are kind than cruel. It’s no indication of quality, but it is very sweet…”
Find out more here.

Posted by RGBisMe at 3:22 AM No comments: 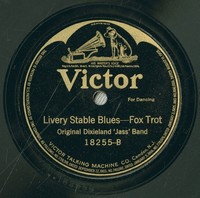 via npr
“The National Jukebox is spinning tunes – and you don't have to drop any coin to get it to play. Today the Library of Congress and Sony Music Entertainment announced the launch of what's being billed as ‘the largest collection of historical recordings ever made publicly available online.’  The new website provides access to more than 10-thousand historical recordings for free on a streaming-only basis – no downloads. It covers the first quarter of the twentieth century and includes music, poetry, political speeches and other spoken word recordings...”
Read the rest here, and visit the National Jukebox here.

Posted by RGBisMe at 2:56 AM No comments: 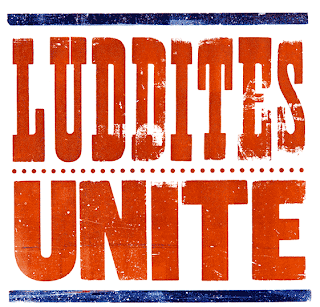 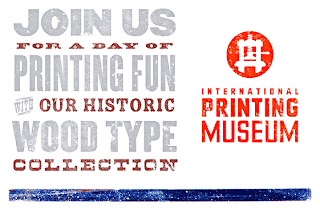 Learn more here and here. Makes me smile.
Posted by RGBisMe at 2:39 AM No comments: