I spent most of the afternoon at a local establishment watching the thrilling final game of the Women’s World Cup between the U.S. and Japan. How utterly heartbreaking it was to watch the reaction of some of the patrons there upon the loss by the U.S. team. With their “us versus them” outlook and middle finger retorts, they ultimately disgraced themselves while giving Americans — as well as all men — a bad name with their poor sportsmanship and misogynistic attitude.

But (and I realize not everyone reading this is a United States fan, and I love that about AWK, so keep visiting) if you can take yourself out of your rooting shoes (or jersey) for a second and take the game you watched on Sunday for what it was.

A brilliant advertisement for women’s soccer, which saw the best the game has to offer. An underdog that everyone could root for, coming off an unspeakable tragedy in their home country, playing an attractive style of soccer, and exuding pure class and sportsmanship at just about every turn.

Of course, the rub is that this great story of Japan comes at the expense of the U.S., who lost the game in heartbreaking fashion, leading both in normal time and extra time before losing in penalties. It’s hard to imagine losing in a more painful fashion, actually.

But, perhaps the biggest lesson I try to get across to both the players I coach and students I teach is the ‘put yourself in someone else’s shoes’ lesson.

Can you be happy for someone else even if it comes at your expense? Can you put aside your pride to congratulate an opponent or adversary on a job well done?…”
Read the rest of this well written post here.
Posted by RGBisMe at 10:23 PM No comments: 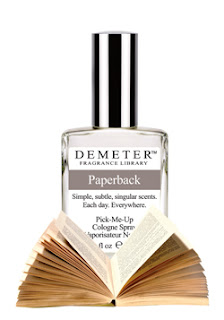 via green chair press
“The book-aholic has found the cure for everyone who misses the smell of paper in these digital times: a perfume that smells of books, thanks to a ‘fatty’ olfactory mark.” Karl Lagerfeld took his inspiration from the smell of both printed and unprinted paper...”
Read the rest here and here.  Another paper-inspired fragrance is Demeter’s Paperback. I wonder if they will ever come out with a Printer’s Ink & Toner Fragrance, which I already smell of most weekdays after 5:00 p.m.
Posted by RGBisMe at 5:00 AM No comments: