Tea Fortune of the Day

Posted by RGBisMe at 5:30 PM No comments: 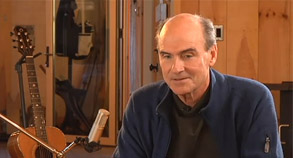 Watch footage from James Taylor’s December 2010, BBC Interview from the Barn as part of The Lennon Legacy. If you want to cut to his intimate solo performance of his favorite Lennon tune In My Life, you can skip to: 28:47. Watch it here. This song is one of my favorites as well. It was quite moving hearing this Beatle’s song played at a memorial service a few years ago for a fellow graphic designer who died quite suddenly. The acoustics in the spiritual center were perfect that day as I sat listening among friends and aquaintances gathered that day.

You can also see James Taylor’s performance of Let It Be honoring Sir Paul McCartney at the Kennedy Center Honors. Among the many artists joining him for the evening’s finale were Mavis Staples and Aerosmith's Steven Tyler. Watch it here.
Posted by RGBisMe at 5:00 AM No comments:

Email ThisBlogThis!Share to TwitterShare to FacebookShare to Pinterest
Labels: beatles, in my life, james taylor, john lennon, let it be

A wonderful site to explore with a calendar of full moon times and dates for 2011, a place to sign up a little reminder via e-mail that says: “Tomorrow is full moon!”, and more.
Posted by RGBisMe at 4:00 AM No comments:

Email ThisBlogThis!Share to TwitterShare to FacebookShare to Pinterest
Labels: moon 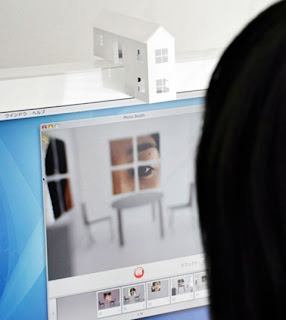 “Ryuji Nakamura created this miniature paper model house to sit ontop of his iMac, in front of the iSight webcam. It transforms a webcam view into something straight of out of Alice in Wonderland. How can this not make you smile?”
Posted by RGBisMe at 4:00 AM No comments:

“For those of you interested in bookmaking, you might want to pick up Alisa Golden’s Making Handmade Books. This comprehensive guide has instructions for the novice and professional. The book features 100 different types of bindings/structures, including folded books, glued books, accordion books and a lot of variations on each book type.”