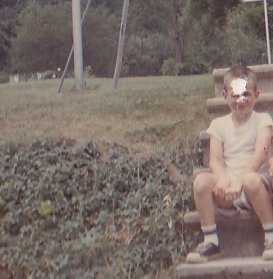 I read in the NYTimes and CNN that the Boy Scouts released more than 20,000 documents identifying more than 1,000 leaders and volunteers banned from the group after being accused of sexual or inappropriate conduct with boys. Going out to the site, searching by state, then by town, I was not surprised to see the name that came up for my home town, yet it shook me. I downloaded the PDF and recognized the pastor of the church I attended that was given as a reference for the former scout leader. It confirmed the leader’s identity to me.

I can see his face. I can hear his voice. Smells and sounds of the era resonate in my mind. I know who he is. And I do not think I will sleep well for quite some time . . .


Update: NPR's story on this has a great link from The Los Angeles Times that has a built a searchable database that includes the vast number of files, including some from more recent years that are not part of this release.

Posted by RGBisMe at 9:03 PM No comments: