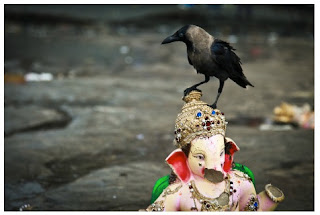 via npr
“Ganesh is a Hindu festival that takes place at the end of each summer, particularly in Mumbai. Traditionally, clay statues of Ganesha, the elephant-headed god of beginnings and remover of obstacles, are placed in homes and worshiped for the duration of the 10-day festival. At the end, the statues are immersed in water (such as a river) and left to float away. The festival has modest origins. First organized in the 1890s, the idea was to invoke Hindu symbolism to foster a sense of nationalism in India's struggle for independence from Britain…”
Read the rest, and see more images, here.

Image of the Day: The Greek

Posted by RGBisMe at 6:51 AM No comments:

Email ThisBlogThis!Share to TwitterShare to FacebookShare to Pinterest
Labels: crow, restaurant, the greek 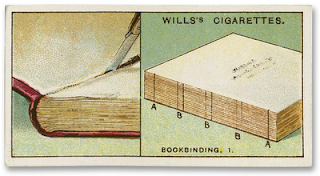 via letterology
From a set of British cigarette trade cards (circa 1922-1939) on mending old books from the George Arents collection at the New York Public Library.
See others in the series here. 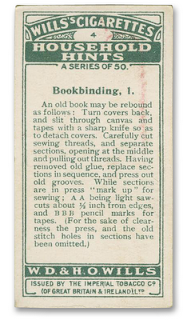