Images of the Day: Glassfest

There was even a old ampersand spotted along the way; you can see it here.

Posted by RGBisMe at 7:23 AM No comments: 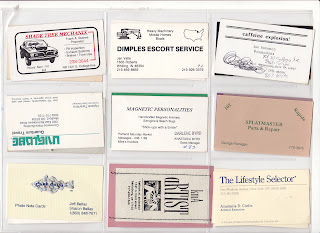 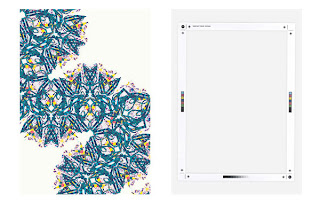 via FPO
“The things we place value on; the things we hold most beautiful, are of our own accord. This project reminds people to step back and consider every object or mark as an opportunity to create something new or improve upon the existing. This poster series was part of a wider research project exploring the value of decoration. The designs were created using everyday objects, residues and ephemera. Each A1 print is double-sided, with the original objects printed on the reverse of the decorative design that was created from them…”
Read the rest here.

Email ThisBlogThis!Share to TwitterShare to FacebookShare to Pinterest
Labels: posters 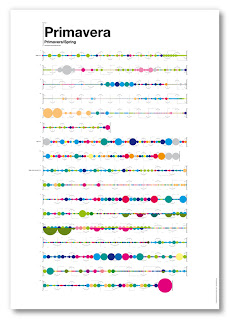 via @Issue Journal of Business & Design
“Our musical notation system follows a convention that dates back centuries. By reading it, musicians can get an aural sense of melody, tempo and all the other instructions on how the score should be played. But what if the notations were shown in graphically different colors and dot sizes? This is a study done by graphic designer Laia Clos of Mot Studio in Barcelona. Clos explains that the self-initiated project started with a woman in her studio who has a knowledge of music. From there, they created a new graphic musical notation system called “SisTeMu,” which translates a musical score into simple geometric forms and basic printing colors, exploring the rhythmic and melodic harmonies found in the musical composition. The system somewhat simplifies the complexity and mathematical structure, making it accessible to the viewer through a visual narrative. For their first translation, they used the musical data for the lead violin part of Antonio Vivaldi’s baroque concerto, The Four Seasons (or Lesquartrestacions)…”
Read more here and here.