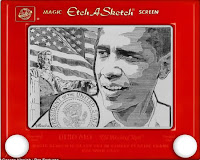 via wired
“The technology behind this children’s toy is both simple and complex. Simple, in that an internal stylus is used, manipulated by turning horizontal and vertical knobs to ‘etch a sketch’ onto a glass window coated with aluminum powder. Complex, because the Etch a Sketch employs a fairly sophisticated pulley system that operates the orthogonal rails that move the stylus around when the knobs are turned…”
Read the rest here, and view a gallery of images here. As a child, I was fascinated by the silver powder inside of Etch-a-Sketchs.
Posted by RGBisMe at 9:06 PM No comments:


via buzzfeed
See more photos of Pauline Locke’s grandfather working at the London Zoo in the 1930s, here. He is using a Mahl stick!
Posted by RGBisMe at 5:00 AM No comments: 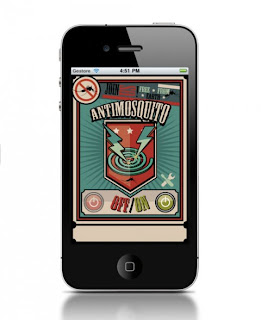 via swissmiss
“The app claims to keep mosquitos away as long as you keep it running in the background. It emits a high-pitched sound that humans don’t hear but mosquitos do and not appreciate…”
I wonder if this app works!?!
Posted by RGBisMe at 5:00 AM No comments:


I didn’t realize that this technique of marketing had a name until I was working on a PowerPoint slide last week.

via wikipedia
“A Johnson Box is a box commonly found at the top of direct mail letters, containing the key message of the letter. The purpose of it is to draw the reader’s attention to this key message first, and hopefully grab their attention, enticing them to read the rest of the letter. The Johnson Box is named after direct marketer Frank Johnson, who is credited as having first used the Johnson Box to improve response to his offers for American Heritage magazine. He does not claim credit for creating the device, claiming to have only popularized it.” Johnson died at the age of 88 on March 6, 2001.
See an example of a letter, believed to be from 1959, that contains a Johnson Box at the top, here. More on Johnson can be found here.
Posted by RGBisMe at 5:00 AM No comments: