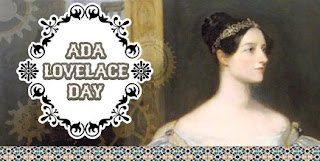 via FindingAda
Ada Lovelace, a brilliant mathematician in the early 1800s, is considered to have written the first ever computer program. Ada Lovelace Day is an international day of celebration of the achievements of women in science, technology, engineering and maths. This year Ada Lovelace Day will be held on Friday 7 October, so we  hope that you’ll join us in honouring the inspiring women who have excelled in their fields!
Find out more here. 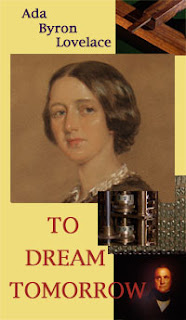 ‘To Dream Tomorrow’ is a film about Ada Byron Lovelace (1815-1852) and her contribution to computing, a hundred years before the start of the computer age. Daughter of a mathematically gifted mother and the ‘mad, bad, and dangerous to know’ poet Lord Byron, Ada was 17 when she began studying a prototype mechanical calculator designed by mathematician Charles Babbage. By the time she was 27, she had moved beyond her famous contemporaries and predecessors such as Leibniz & Pascal, to describe universal computing much as we understand it today. Alan Turing, who also worked at Bletchley Park, was familiar with Lovelace’s work.
Read the rest here.