Should You Work for Free?

via liquidtreat
“It's a question that creative types encounter frequently, and the answer? Well, it depends. New York-based designer and illustrator Jessica Hische helps you reach an informed decision with her handy online flowchart, "Should I Work for Free?" Using only css and html (for speedy loading and Google-powered translation into 52 languages), she assists site visitors in analyzing their particular situation, whether the potential payment-free project is for a legitimate business, a charity or non-profit, your friend, or your mom. (That last one is an automatic yes.) Start from the middle of the chart and work outwards by answering yes or no questions -- Will they give you creative freedom? Are you masochistic? -- until you reach a clear answer, delivered with a morsel of parting advice from Hische.’
Works best with Firefox, here.

Posted by RGBisMe at 7:56 AM No comments:

“Anon, short for anonymous, is as common in art history as Smith is in American telephone directories. Yet for a specific work to have its maker buried in an unmarked grave in history’s Potters Field is a sad epitaph indeed.

Credit implies ownership and accountability. Around the eighteenth century art became more commonly a function of individual creators who received credit. The term Anon is less commonly found in art histories of this era. In fact, the signature became an important component of a work, even for lesser artists.

While not on the lowest rung of the art hierarchy, illustrators and cartoonists of the nineteenth century started signing their wares as much for their personal satisfaction as for the recognition it afforded them in an increasingly competitive marketplace. And not only did the illustrator’s signature appear, so did the engraver’s and printmaker’s — akin to the lengthy acknowledgments found in contemporary graphic design annuals...”

Posted by RGBisMe at 7:02 AM No comments: 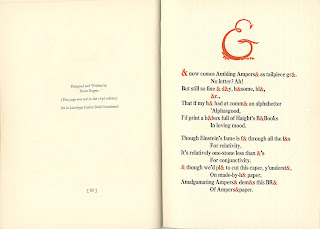 via letterology
“From an alphabet of tongue twisters originally published in 1836 and revised 100 years later by the Mergenthaler Linotype Corporation. This 1936 edition of Peter Piper’s Practical Principles of Plain and Perfect Pronunciation was designed and illustrated by some of the most celebrated typographers and designers of the day…”
See more examples here, and see the entire book on view at Dr. Chris Mullen's amazing site, The Visual Telling of Stories, here.

Posted by RGBisMe at 6:56 AM No comments: 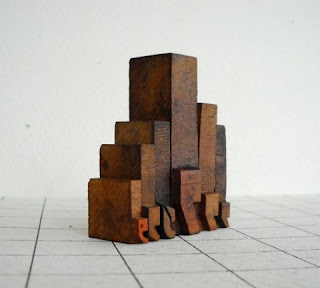 via swissmiss
From an Etsy shop called Vintage Marvels. Makes me smile.

Posted by RGBisMe at 6:50 AM No comments: 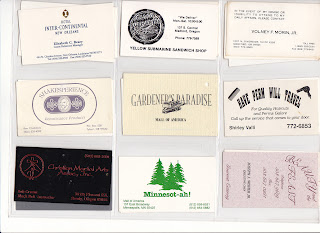 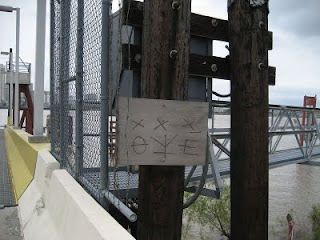 via letterology
“This written language for hobos was a system of symbols developed as a code to help them cope with a difficult lifestyle. Hobo signage was often written with chalk or coal and might include directions, information and warnings such as a dangerous dog or the homeowner has a gun. Three diagonal lines signified it was not a safe place, the cross indicated angel food, which was food served to hobos after a sermon, two shovels indicated work available and a cross with a smiley face with one corner meant the doctor was willing to treat hobos for free.

In 1889 at the National Hobo Convention, the Tourist Union #63 adopted a concrete set of sixteen ethical by-laws to govern the Nation-wide Hobo Body. Oh what a wonderful world it would be if we all lived by this Hobo Code…”
Read the rest here.