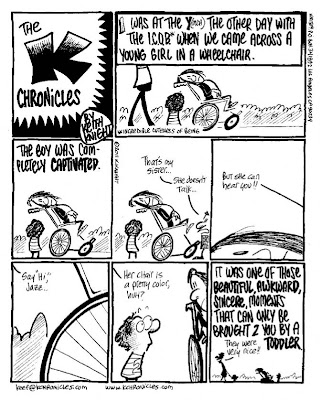 Yet another example of why I love Keith Knight’s K Chronicles.

Posted by RGBisMe at 6:29 AM No comments:

via CNN
Chick-fil-A controversy shines light on restaurant’s Christian DNA
“The ongoing Chick-fil-A flap—which has gay rights groups blasting the restaurant chain for donating food to an anti-gay marriage group—may be a fleeting controversy for a privately held company that is more accustomed to fiercely loyal patrons and generally positive press coverage. But Lake Lambert, author of the book Spirituality Inc., says the flap may be a sign of more turbulence ahead for Chick-fil-A as it attempts to hold onto its conservative Christian business culture while expanding its chain beyond the Bible Belt. “If you have a faith-based corporate identity and you want to function in the national marketplace, you’re going to continue to encounter resistance to those values because not everybody is going to share them,” says Lambert. “The only other option is some sort of secular identity and that’s not where Chick-fil-A is going.” Lambert says Chick-fil-A is the most visible example of an American corporation trying to foster a specifically Christian identity. The company is privately held and family-run, making that task somewhat easier. Lambert says Chick-fil-A founder Truett Cathy signed what Cathy describes as a “covenant” with his children when they took over the company, to help preserve its Christian DNA.”
Read the rest here.
. . .

via nytimes
A Chicken Chain’s Corporate Ethos Is Questioned by Gay Rights Advocates
“. . . Nicknamed “Jesus chicken” by jaded secular fans and embraced by Evangelical Christians, Chick-fil-A is among only a handful of large American companies with conservative religion built into its corporate ethos. But recently its ethos has run smack into the gay rights movement. A Pennsylvania outlet’s sponsorship of a February marriage seminar by one of that state’s most outspoken groups against homosexuality lit up gay blogs around the country. Students at some universities have also begun trying to get the chain removed from campuses.”
Read the rest here.
. . .


in Time
Controversial Chicken: Chick-fil-A’s Gay Rights Rumble
“Chick-fil-A has long-been transparent about its Christian values. They close their stores on Sundays, a practice that has helped the chain garner the nickname ‘Jesus Chicken,’ and have even gone so far as to consider a potential employee’s marital status and civic and church involvement in their hiring process. But while the company’s beliefs come as no surprise, in sponsoring the Art of Marriage Conference, some say the restaurant empire took its evangelizing to a new level.”
Read the entire article here.
. . .


from change.org
“Take a look at an event scheduled for February 2011, co-sponsored by Chick-fil-A and the Pennsylvania Family Institute, the leading anti-gay group in the Keystone State and a group that has worked hard to try and pass a constitutional amendment in Pennsylvania banning same-sex marriage. The February event co-sponsored by Chick-fil-A is called The Art of Marriage, and it’s intended to be a launching point for Pennsylvania to return to ‘the biblical definition of marriage.’ Given the work of the Pennsylvania Family Institute, it’s hard not to see where this event is going to go—straight for the jugular of anyone who supports marriage equality for same-sex couples.”
Rest of the article here.
. . .


More can be found on the Advocate's site here. Chik-fil-A has a location in State College and on the Penn State campus. So far, I have not heard of any local news or ramifications of their sponsorship of the Pennsylvania Family Institute’s conferences, which surprises me.
Posted by RGBisMe at 4:45 AM No comments:

Why Are Barns Red? 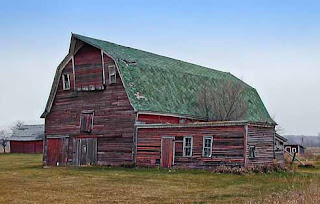 via the daily heller

“In American Barns and Covered Bridges (Dover Publications, 2003), Eric Sloane notes  that weather was an important consideration in planning a barn. The early builder mapped routes of sunshine, wind and water drainage. He paid careful attention to the health and comfort of his animals, as well as to the protection and preservation of barn timbers and stored grain. Early 18th-century bridges and barns went unpainted. The right wood in the right place, it was discovered, needed no paint. Even houses in the earliest settlements were not painted. Until . . .

As Grit (the magazine you could make extra money selling in your spare time) points out: ‘By the late 1700s, the art of wood seasoning gave way to the art of artificial preservation. Virginia farmers were the first to become paint-conscious. In Pennsylvania, the Dutch settlements latched on to the custom of red bricks, red barns, red geraniums, even reddish-brown cows.’

Red paint combined with linseed oil was also used to prevent certain organisms from decaying the wood. But there is more lore…” 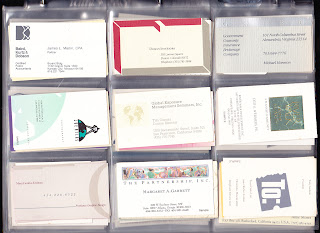 More paper samples, but nice use of foil stamping on the first two cards in the right column; the gold foil on the green marble has an air of sophistication.
Posted by RGBisMe at 3:59 AM No comments: