Image of the Day: 3-cent Statue of Freedom Stamp 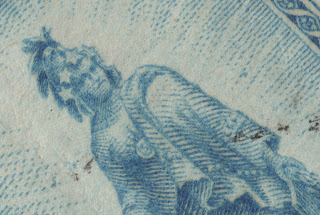 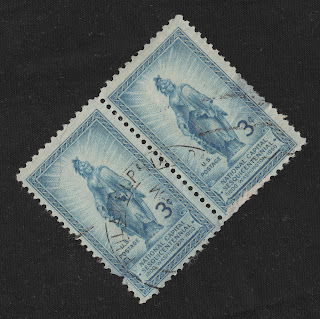 The Post Office Department released a 3-cent stamp bearing an image of the Statue of Freedom on April 20, 1950. The statue sits atop the dome of the United States Capitol. The stamp was the first in a series of four stamps commemorating the 150th anniversary of Washington, DC, as the US capital.

The Bureau of Engraving and Printing produced the stamp in bright blue on the rotary press, using the electric eye plate and 11 x 10.5 perforations. 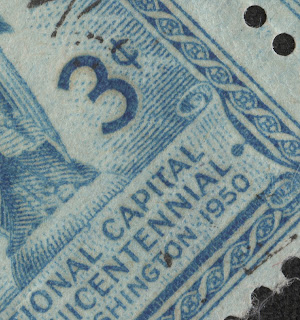 Learn more about this stamp at this link:
http://arago.si.edu/category_2028898.html