Oldest wild bird in US is new mother 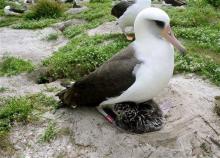 “The oldest known wild bird in the U.S. is a new mother. A U.S. Fish and Wildlife Service biologist spotted the Laysan albatross that’s at least 60 years old a few weeks ago. It was with a chick at Midway Atoll, a remote wildlife refuge 1,300 miles northwest of Honolulu. A U.S. Geological Survey scientist first banded the seabird as she incubated an egg in 1956. She was estimated to be at least 5 years old at the time. The albatross has since worn out five bird bands.” 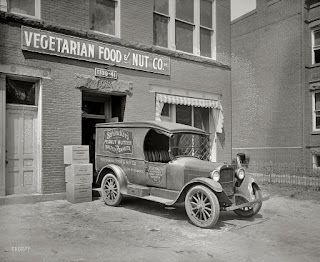 Note the different varieties of "Wantmor" peanut butter sandwiches! Read more about the image here; be sure to scroll down this page to the Comments section. Read the post “Nut’s to you!” about Ardil - The Forgotten Peanut Fibre.