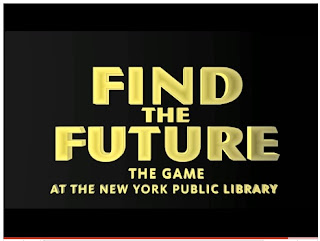 “It's every book worm’s dream—a night at the New York Public Library. For the first time ever, the library said Thursday it will let select members of the public roam its main branch for a special after-hours event.

On May 20 the 42nd St. location will host a giant, modernized scavenger hunt to help commemorate the library's 100th birthday. ‘Find the Future: The Game’ will allow 500 contestants, split into teams of eight, to search for historic objects within the library, according to the library officials. The groups will use smart phones to get clues, leading them to items like a draft of the Declaration of Independence, Jack Kerouac’s glasses or Charles Dickens’ letter opener, fashioned out of his dead cat Bob’s amputated arm.”

Posted by RGBisMe at 6:43 AM No comments: 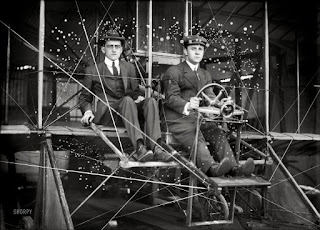 “Washington, D.C., circa 1911. ‘Flights and test of Rex Smith biplane flown by Antony Jannus. The plane with Rufus R. Bermann, wireless operator, and Fred Aubert.’ Whose somewhat pixilated appearance can be attributed to mold on the emulsion. Harris & Ewing Collection glass negative.”

View full size here. I love the almost surreal effect that the mold has created — it reminds me of early transporting in Start Trek.

“I love it when creative people explain how their creativity works. Artist and writer Austin Kleon gave a presentation called How to Steal Like an Artist and 9 Other Things that Nobody Told Me yesterday at Broome Community College in Binghamton, New York, and was kind enough to share the slides.”

“What is a Typeface?” Alex

“On Wednesday, November 7th, 2007, the show Jeopardy presented its 5,328th show, the quarterfinal of the Tournament of Champions. In the Double Jeopardy! Round, the three contestants were faced with the following category: Knowledge of Fonts. . . ”

See the answers and questions, here.

Kurt Weidemann Passes Away At Age 87 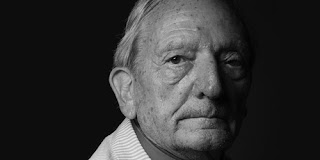 via the font shop

“. . . During a discussion at Swiss Mediaforum in 2010 [Kurt Weidemann] literally said: ‘There are ten, maybe fifteen very good typefaces, with which one can at least make do. There are 30,000 on the market, of which 29,990 can sink in the Pacific Ocean without causing any cultural damage.’ ”